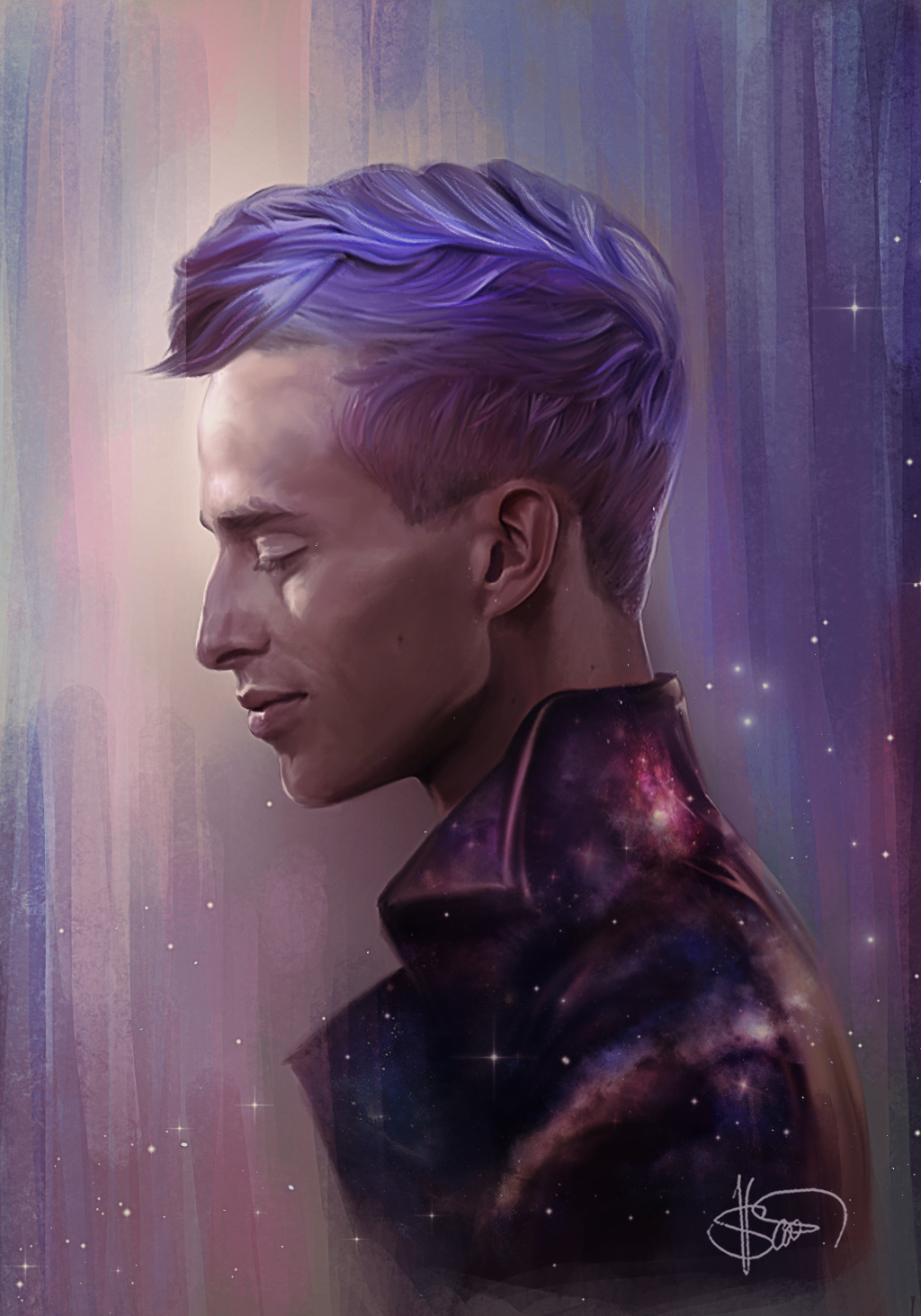 I absolutely adore figure skating. I've been in love with this beautiful sport for 14 years now and Adam Rippon is my favourite skater. I have always stayed up late or woken up early to watch online streams (usually very low quality, freezing all the time, just nerve-wracking) of the competitions from all around the world where he competed. As my friend once said: Fangirling is a hard job but someone has to do it. But this year I had an awful winter finals period and I had a hard exam the morning following the US Nationals men free skates. So I decided to go to sleep and not to watch the 2 - 5am online stream. And Adam won. For the first time in his career he became the national champion and I didn't see it until the next day afternoon. It's not the same when you don't watch it live but it's OK, I'm an adult now. I painted or drew Adam many times, but this time I decided to paint him properly. He changed throughout the years so much, from a little blond angel with curly locks he grew into and I quote: A witch. Also, as the first olympic athlete in history, he came out at the beginning of the olympic season inspiring so many other athletes to feel free to be themselves publically. I couldn't be more impressed, so I just kind wanted to capture his new radiant aura.